What we have here is a fairly large map with a lot of open space. 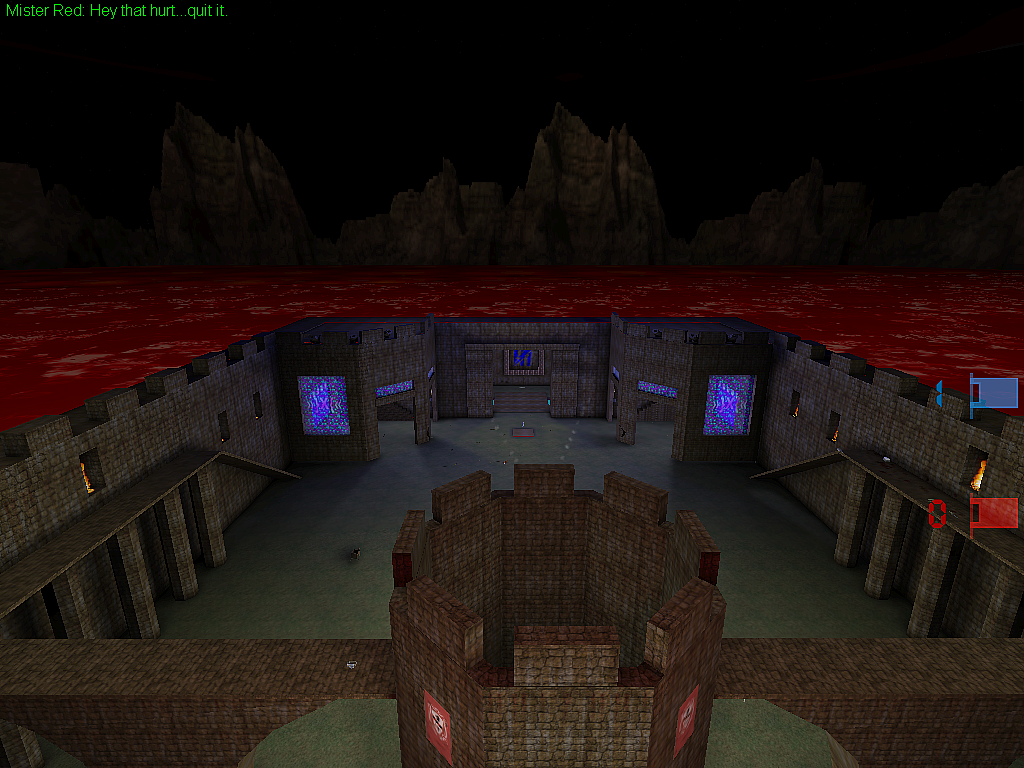 Which I figured was ideal for Titans and possibly SLV/RX.

There were no weapons or health or powerups anywhere on the map, so I added stuff. I briefly debated adding ZenCoder style bots directly onto the map, was thinking Male Soldiers about 75% their normal size and made fat to simulate dwarfs, but I passed.

Original skybox was horrible and the map had no pathing, so those needed fixing BADLY.

Action is fairly intense due to the openness of the map but that's also ideal for snipers in key spots "upstairs". 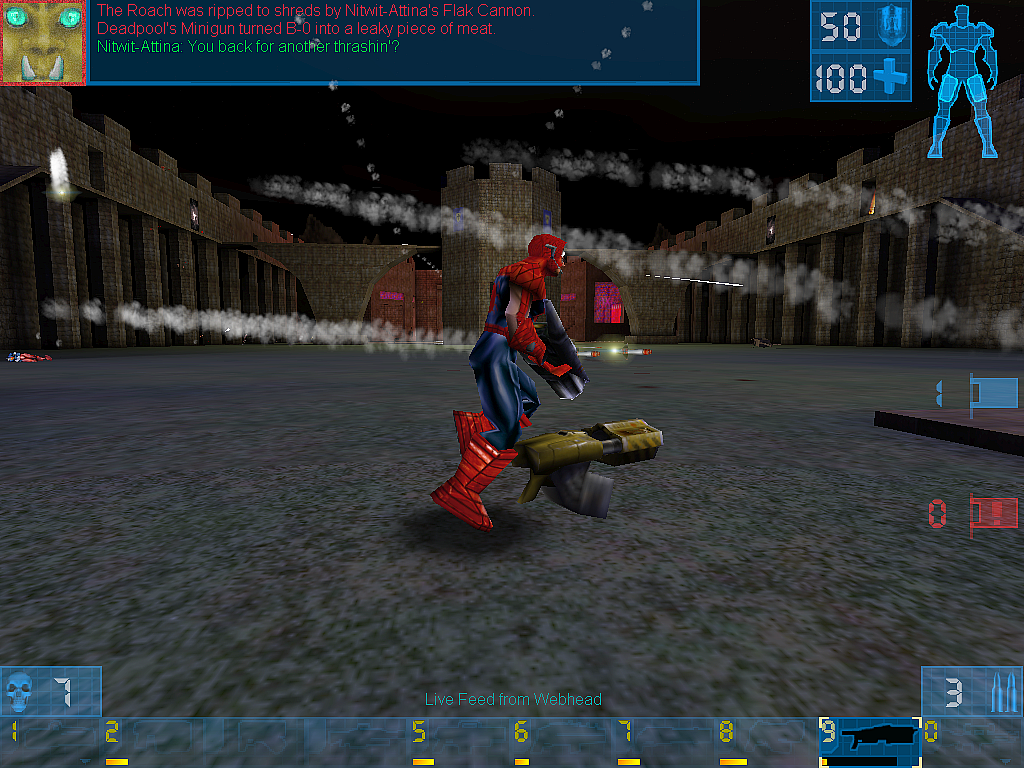 Each base has several mortars which fire at random intervals, and regardless which side they're on they will hurt anybody they hit on either team.

Ideally, they say the best CTF maps have more than 1 way to reach the flag. This has several:
· You can run straight across.
· There are ramps to either side you can use.
· In each tower to the left & right of the flag there's awkward stairs (have to jump up each stair) that allow roof access.
· Behind the flag there's an underground river that runs the length.

Overall this is a very fun map, though different systems experience it differently at certain points. 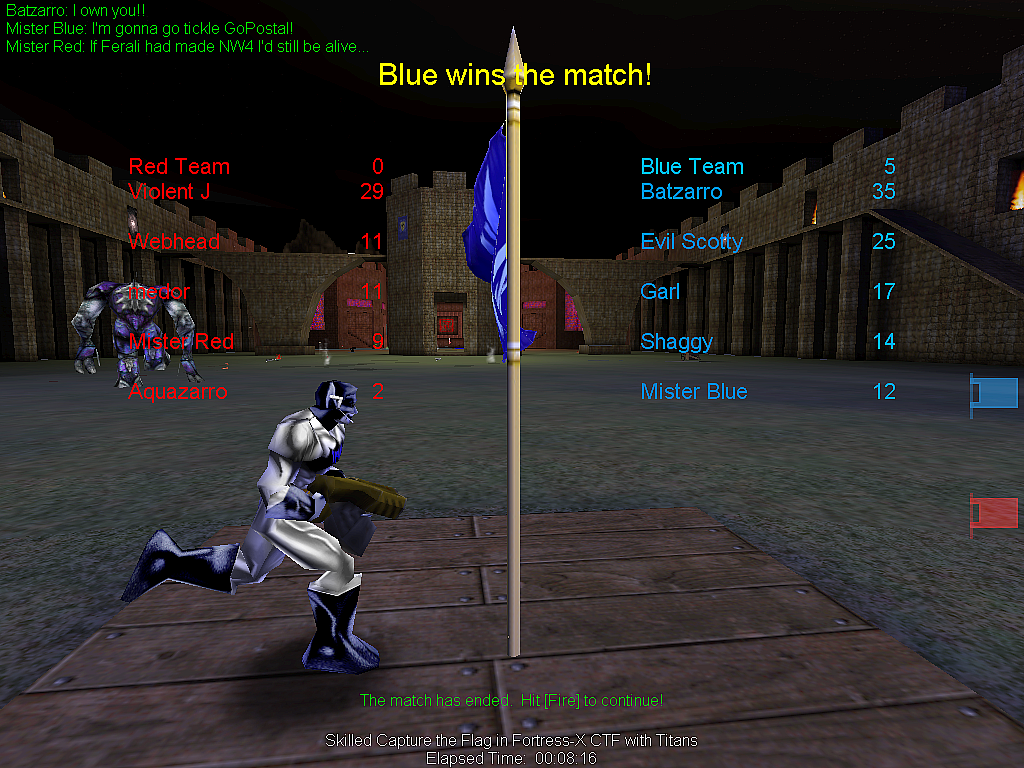