Join Date: Nov 2019
Posts: 153
Found this map a long time ago, as I was looking for all variants of the original, and kept it long enough that I thought it needed fixing. Whoever converted it to CTF hadn't altered the bot pathing, so when bots got the flag they never took it back to their own base to tag it up.

This is pretty much an all rockets type map: 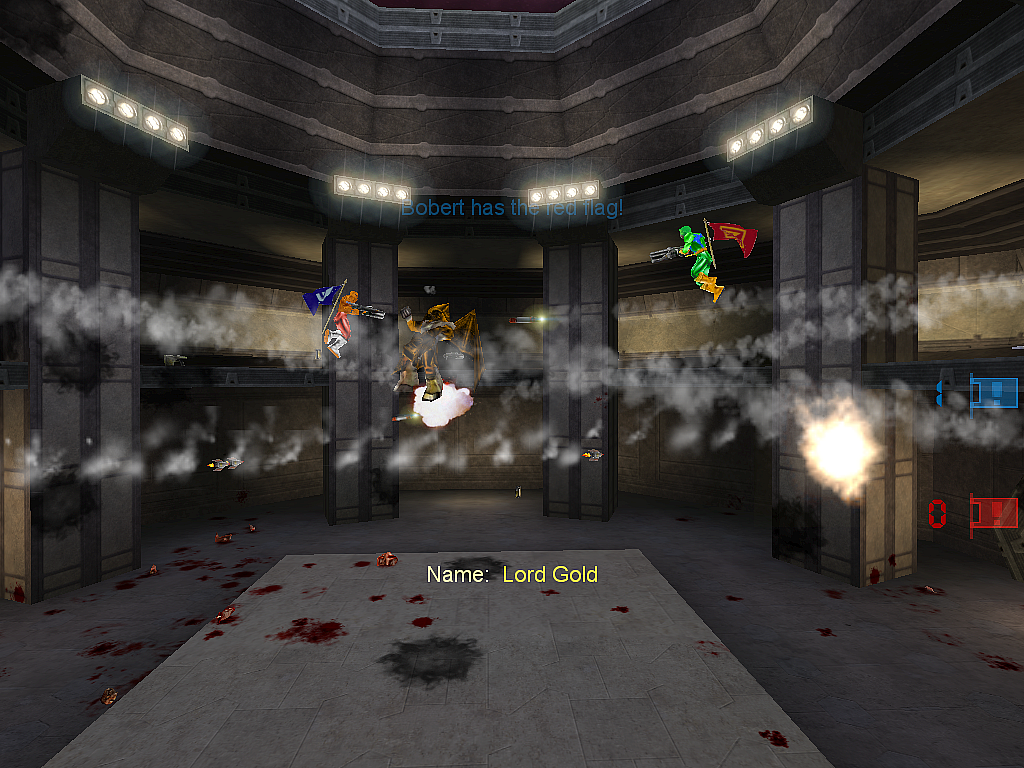 Originally only put a Warlord on the map but at the last minute I decided to add a Skaarj... as I periodically run bot matches to watch while I'm eating or something, and those added elements make the game last longer. This isn't a very large map, and on their own even competing teams against each other games tend to end pretty quick.

Players are trying to win the game, while Green Meanie (Skaarj) & Lord Gold (Warlord) are competing against each other to see who can get the most kills.